This is basically the master document that you’re going to have to look at. It’s 11 pages long and is considered legally binding in public law.

What does all of that mean?

Essentially the FAA is introducing 8 new statutory conditions for recreational drone fliers.  Some are reiterations of current laws and others are major changes  that are creating the buzz and confusion. That being the case, in this article we’ll touch on all 8 points, but, with more focus  on the new areas that are creating the confusion. We strongly encourage you to read through the FAA document in its entirety.

With that said, Let’s dive in!

The definition of ‘Recreational Use’ remains the same and, as implied, it is purely for recreation purposes only.

As before, the drone must be operated in accordance within the Community-Based Organization (CBO) set of of safety guide-lines.
What’s new is that the CBO must now be certified by the FAA and those safety guidelines are now developed in coordination with the FAA.

4) Give Way to Manned Aircraft

This is nothing new. As always, you must give-way to manned aircraft, i.e. helicopters.

New condition now state that Recreational Drone Pilots can no longer fly in controlled airspace without advanced airspace authorization by the FAA.

What does that mean?

Recreational drone pilots are no longer required to call local airports. In fact, air-traffic control should no longer be taking the recreational fliers phone calls.

This is a big change and here’s why:

Anytime you were within 5mi of a heliport you were required to contact the heliport operations. If you’re in a large metropolitan area, you could have up to 12 to 14 different hospitals that you would have to communicate with.

Now, you are no longer required to do that, which is a huge improvement for recreational fliers.

Recreational Drone Pilots will be required, in the near future, to obtain airspace using a system called LAANC, which is the low altitude authorization and notification capability system.

Right now, for commercial drone fliers, like myself, anytime we need to fly in controlled airspace we use the LAANC app on our phone that looks at a UAS facilities map and compares that to make sure that we’re authorized to make our flight. I’ll explain that a little bit after we go to the rest of the list.

Until LAANC is available, the FAA is granting temporary airspace authorizations to fly in certain fixed sites in controlled airspace throughout the country. There is approximately, 240 sites across the United States of of the time of this article.

Pittsburgh, where our HQ is located, there is only one site and it’s very very small. It’s a single small field facility and, it appears that’s going to be the setup across the country.

To find these designated areas, you’ll want to use the UAS Facility Map.
The UAS Facility Map is available on the FAA website. There, you can easily input a specific address or you can look at it from a wider scope of an area to see how the airspace shakes out.

Previously, a recreational drone pilot could use the UAS Facility Maps to determine how high they could fly within given areas. For example, on the Facility Maps for The Pittsburgh International Airport,  you would see a circle that indicates 14 miles from end-to-end, 7 miles from the center of the airport to the outer parts of the radius. Within that area, it marks our section with hieght limitations, from 0Feet (no fly zone)- to 400Feet.

Now, the FAA is saying that until LAANC is ready for recreational flying, they will only be granted access to the designated limited areas.

How To Use the UAS Facility Maps?

By pulling it up on the map, you can zoom-in and click the blue-dot-indicator to access more information on that location, as well as, point of contact information and links to obtain additional information.

The FAA has put a solid line in the sand on this matter.  Simply put, you cannot fly your drone higher than 400 feet . There is no longer any wiggle room whatsoever – 400AGL (Above Ground Level) is the limit.

In the very near future, recreational drone fliers will be required to pass an Aeronautical Knowledge Test to fly their drones for recreational use.  However, it’s not in effect, as of May 16, 2019, but, at some point in the very soon it will go into effect and become  a requirement.

This is a huge development that will most certainly stir up a lot of controversy and make a lot of people unhappy. It will be interesting to see how those developments shake out.

This was released awhile back, but it basically states that your drone must be registered and marked in accordance with Chapter 441. You’re also required to have proof of registration readily available for Law Enforcement and/or Administrators upon request.
If you’re unfamiliar with Chapter 441, I encourage you to read through it.

What About Night Flying?

Lastly,  I have been getting a lot of questions about night flying, however, night flying is not discussed in any of the new FAA literature pertaining to these changes. In my own opinion, I believe the night flying aspect is still being worked out and will be released at a later date.

Under commercial drone rules and regulations, a commercial remote pilot is required to have special night flight equipment and must obtain a waiver to fly at night. Obviously if a commercial operator has those requirements then this topic will most likely be addressed for recreational drone pilots as well.

Nevertheless, as of right now, it has not being addressed. So we don’t really know exactly what’s going on with it.

All the links you need are posted at the top of the article. You’ll want to take time to read through those official documents yourself. Also, take some time to get familiar with the UAS Facility Maps.

With that said, if you still have more questions, please feel free to contact us. We’re always happy to help.

Steel City Drones Flight Academy delivers complete UAV equipment and training and solutions. We offer on-site training at your location, anywhere in the United States. We also offer complete drone integration programs to get your organization up and running from start-to-finish.

Get your free consultation!
412-980-1941 | contact@steelcityflightacademy.com

Get Started Today With A FREE Consultation! 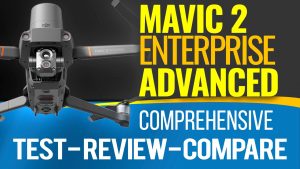 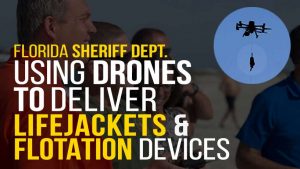 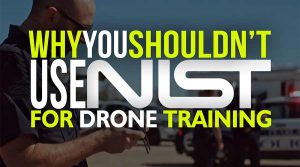 Why You Shouldn’t Use NIST For UAS Drone Training 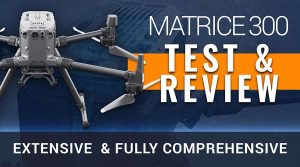 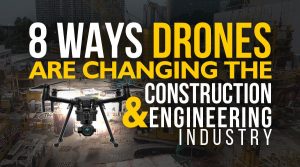 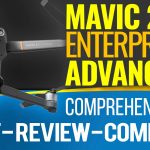 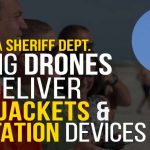 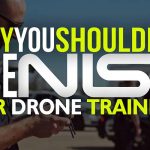 Why You Shouldn’t Use NIST For UAS Drone Training

We’ll be happy to discuss your equipment & training needs and how our services may help you accomplish your goals.

Please fill out the information below.